My name is Brigette Feltus, and I am longwinded.  I want to be brief but it's really difficult.  I suppose I need to attack this at its source and take on the monster head on.  This is not a learning disability.  It's not for lack of knowing better.  It's emotional.  It's a symptom of a childhood borne insecurity that has been hard to shake. Ironically, I often tend to run on and on about things that don't really matter, and keep the important stuff to myself because I'm afraid of upturning the boat to everyone's disapproval.  It would no doubt behoove me to do some streamlining.  Speak the truth more, but say less.  Let go of fear. 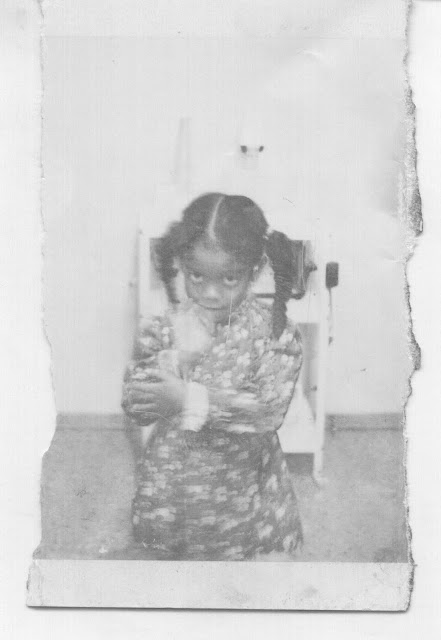 I was painfully shy as a child, and as far as certain loved ones were concerned, that was my "place" as a child... to be seen and not heard, and I was submissive to that position well into my young adult years... It was easy to be submissive because I come from an environment where I was surrounded by very strong personalities who demanded dominance and reminded me often... be seen and not heard.  But that submission made me miserable, so, now, in opposition, the fighter in me never wants to shut up! It's a horrible conflict in me. It might even be why I am so creative, so to complicate this further, I must also say that in very positive ways it has also made me who I am. 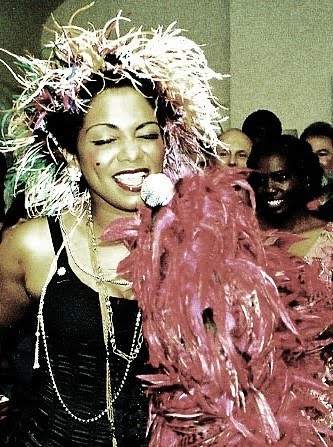 I've been observing my interaction with the Austrian.  There is this thing he does repeatedly which drives me nuts, and like a well choreographed dance between us, I, in response, have my ritual reaction to it, which always got us nowhere fast.  I'd get angry, fuss, complain, ask "why???" over and over again, as if the why really mattered, and we'd end up annoyed with each other and an otherwise perfectly good day would go on with a stinky cloud over our heads.  We would eventually make up, because this thing he'd insist upon doing as if it was so important, really wasn't in the bigger scheme of life, and I'd always point that out and admonish him for ruining our day, which, in my mind, left me still sour and resentful.

The other day, when he started in with that thing he does, I stopped myself.  Instead of following ritual, I decided to change the choreography.  I simply stopped him in the middle of that thing he does, and said I didn't want to hear it.  He attempted to continue.  I smiled, "Babe, I love you, but everytime you do this  we fight, and it's all for nothing. You will agree it's not important to either of us if you're honest, so I'm not going to engage in it.  I don't want to hear it.  Work it out on your own without us fighting about it."

A few minutes passed, while he tried to decide if he should be pissed at my failure to cooperate with his attempt to engage me with that thing he does.  I didn't sit waiting for a response.  I confidently carried on with what I was doing before he started, as if that conversation was done.  He eventually took a deep breath and let it go.  Just like that.  I watched him do this, then gave him a big kiss right on the soup-coolers, because I was proud of him.  Our day was kept intact.  No stinky cloud.  No sour taste in my mouth... and we were able to go on with our day lovingly in each other's company.

Sometimes, it would seem, less is indeed more!

As recently as last weekend, I was showing my blog space to a very closely related loved one, (forgivingly, they shall remain nameless because they are truly a loved one) who is historically known to frequently have me on the phone for hours at a time telling me all the details of what's going on in their lives.  This person asked me what I was up to these days, and so, excited about my blog writing,  I told them about this blog space, and they wanted to see.  Halfway through my giving them a tour of the blog page, this person blurted out impatiently,  "I don't need to know all that stuff, Brig.  What your opinion is about this or that, or what you're cooking, or whatever it is you're writing here isn't important to me.  I just want to hear from you and know you're okay."   Seen but not heard.  The child in me wanted to cower into a corner because that's where she'd been taught she belonged.  The fighter in me wanted to let out a display of emotionally irrelevant truths that might cut, might divide, but certainly wouldn't fix that broken moment.

I took a breath, and exercised restraint, because even though the little girl in me was immediately insulted, I knew that getting upset wasn't going to make me feel any less insulted.   So I asked myself a question quickly.  What is it in this very moment that ultimately would make a difference for me?  I turned to my loved one, and with wide eyes and a smile, asked them how many hours long our last phone conversation was, and what the subject matter was that we discussed.   They replied that we talked so long because I was interested.  I smiled silently.  My loved ones face changed immediately, as if  they suddenly understood something they didn't see before.  They got my point, and I could see that there was some level of desire to retract what had been said.  After all, we'd been sitting there looking at my blog all of about 10 minutes. Certainly, even if they really don't give a damn, they could manage to suffer through a few minutes, out of sheer kindness, right?  So, I waited a few moments for the recognition to sink in, then continued to show them what I've been working on, as if they'd never said a word.  They were engaged, and actually asked questions, read a couple of my articles and said that they would try some of my recipes soon.

I don't know if my loved one was transformed by that moment of truth sitting with me in front of my computer, but I was just a little bit, because I spoke truth instead of defending the pitiful child in me who is a past memory, not a present reality.  Cowering would not be the answer.  Sometimes defensive aggression mode is not the answer either.  Sometimes you are not really in danger at all but go into defensive mode based on some former reality that doesn't really apply.

Sometimes I write so elaborately because I'm afraid of not being understood, therefore not heard.  It's not conscious.  I just do it on autopilot because I'm afraid I'll miss someone or some bit of information.  Wait.  That's not me.  That's her.  The little girl who used to live my life in the shadows.
She's been gone a long time now.  I don't know what it is that makes humans keep trying to warm up what's cold and dead instead of enjoying what is real in the moment.
I'm working on being a more efficient writer because, in the moment, I know better.  I'm embracing restraint in every part of my life.  Ironically,it's mostly as an exercise in getting freer.  But also,  if I'm honest, like most people, I want to be seen and heard, and I know that the very thing that scares me, I create if I allow myself to run on and overwhelm the reader.